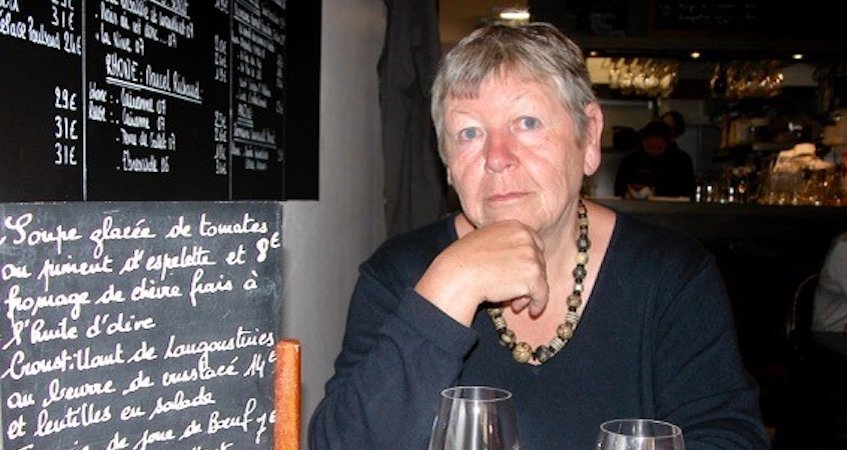 Di Murrell is a food historian and award-winning writer who knows the waterways of Britain back to front. For years she and her husband worked a pair of canal boats, loading up with barrels of lime pulp which they transported from the London docks to the wharf in Hemel Hempstead belonging to Rose’s Lime Cordial. They made many trips with heavy loads like sand, grain, coal or lime, and Di learnt the value of slow cooking.

Throughout her career, Di became involved in the politics of inland waterways, campaigning against the loss of river transport. She was instrumental in the re-introduction of upriver grain traffic. When working on the river, Di got to know bargemen, dockers and lightermen, and saw their life and skills slowly disappear as more modern ways of transporting grain took over.

She will be talking about her life on the Thames, and her book, Barges and Bread, is a history of grain, the river Thames, London and historic events like the Plague, and bread making, from parched grains to flatbreads, and Ezekial bread, to how the need to feed the many who live in cities has led to bread which has little relationship to what we once enjoyed without thinking, the kind of bread we now call ‘artisan’ bread.

Winner of the Sophie Coe prize for food history, Di Murrell writes for French travel magazines, and Petits Propos Culinaires. She and her husband spent many years afloat on barges, often moored at Brentford, bringing up their sons. Now she splits her time between France and London.

You can turn up on the evening and buy a ticket.